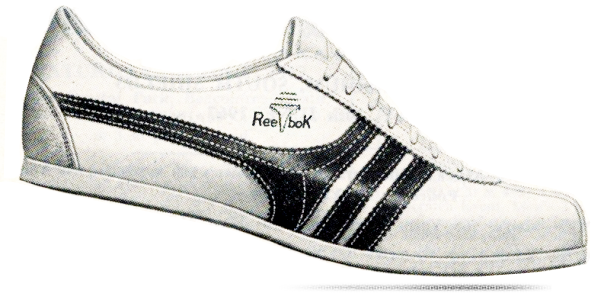 Retrobok expands again! With huge thanks to David Gumbley at NoSugar for a superb set of 1960’s Reebok catalogues and mail-order material. This has spawned 2 new sections here on Retrobok: the 1960’s shoe archive page, and a 60’s Media page.

It wasn’t until the 1970’s that the ‘sidestripe cross-check’ more familiar today started appearing, whereas sixties Reeboks can be characterised with their triple side-striped designs inspired by the antlers of the Reebok (Rhebok/Antelope). shown below —

And finally, was this one of Reeboks first piece of branded clothing?