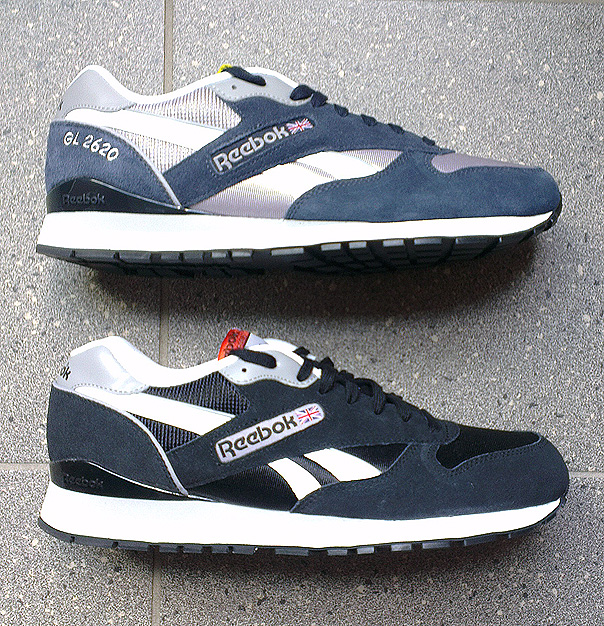 Reebok Classics sent me a couple of pairs of the recently-released GL 2620 — another ‘new retro shoe’ following on from the ERS 1500 and GL 1500, all of which are budget/mid-range shoes, and all of which take cues from OG classic Reeboks in different ways.

With the release of the 2620 (a number I’m still not understanding the significance of – why not GL 3000 perhaps?…), there were a few things I wanted to understand. Firstly, how much of a lovechild of the Phase I/Phase II and the GL 6000 are they? Secondly, why do some of the shoes not have the name stitched on the heel counter? And thirdly, how is the quality? Read on…

So first up, let’s compare the 2620 with my pair of (retro) Phase II‘s – a more handsome shoe than first appearances suggest, imbuing a slight geeky charm like silver 80’s Hi-Tecs, but with a New Balance feel. I had presumed that the 2620’s were using the Phase II’s midsoles, and they’re certainly very similar – albeit without any of the grey blocking on the lower section. 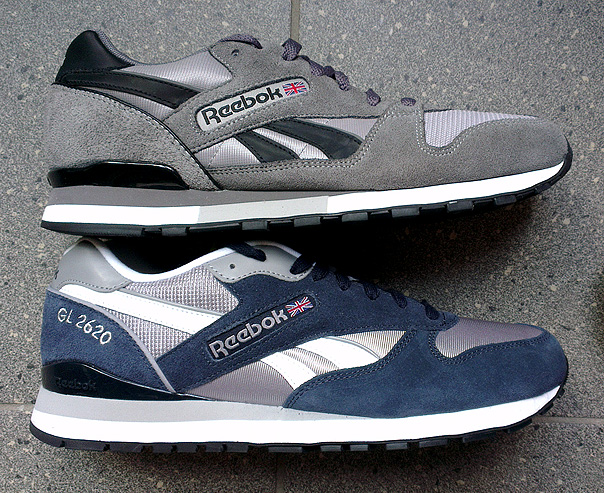 The heel stability counters are different, however – I believe the Phase I or variants of the Phase II had something similar – see below —

Two areas definitely matching the Phase II are the plastic heel tabs, and the aditional strip above the sidestripes (something the GL 6000 doesn’t have) — 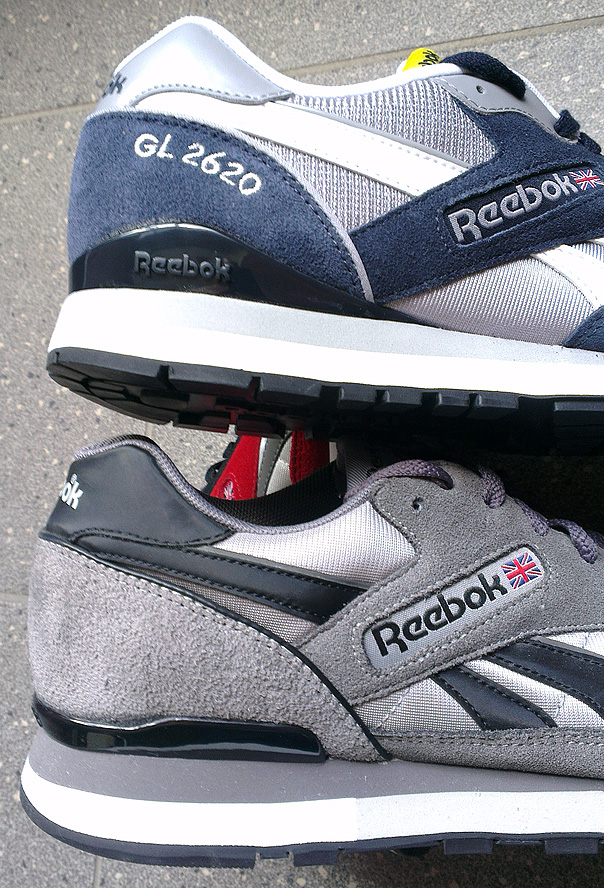 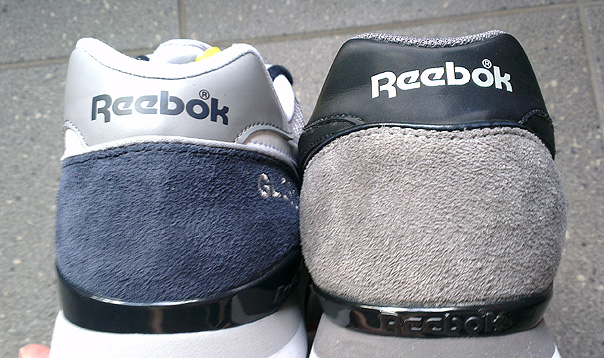 So let’s put the 2620 next to its’ brethren, the GL 6000. I chose a red/white pair to differentiate – shame they photograph really badly in bright light. While the overall shape of the shoe (and it’s Last, it would seem) are identical there’s actually a few differences in the details – most of which I believe are for cost purposes, enabling the 2620 to stay US $25 or so below the premium 6000’s. Notice the simpler lacing tab, all-in-one lace overlay, and simpler treatments to the toe wrap and swaybars — 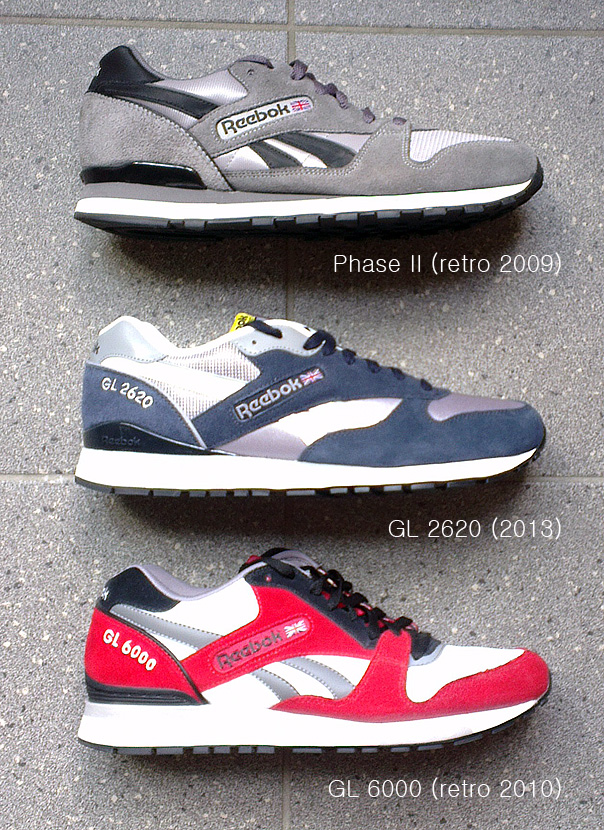 From above, the 2620 matches the Phase II’s toe wrap a little more closely, as well as the simpler lace overlay, although it gains the reinforcing plastic tabs at the top of the laces. The inner lining on the 2620’s has a cheaper appearance than the almost satin-like inner of the 6000’s, but for comfort they’re just as good, a little more fleecy even  — 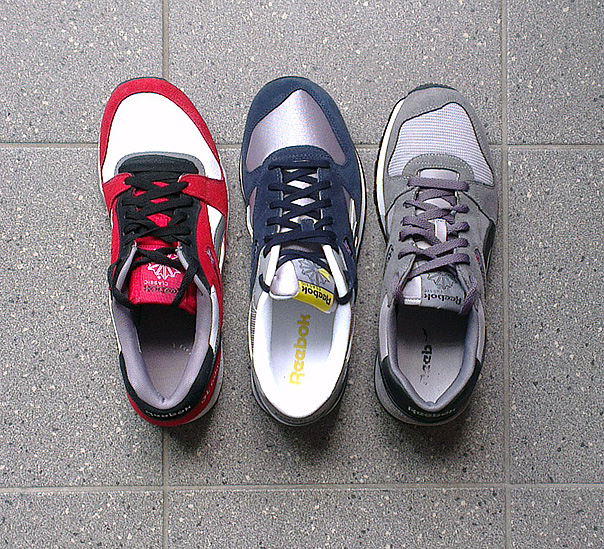 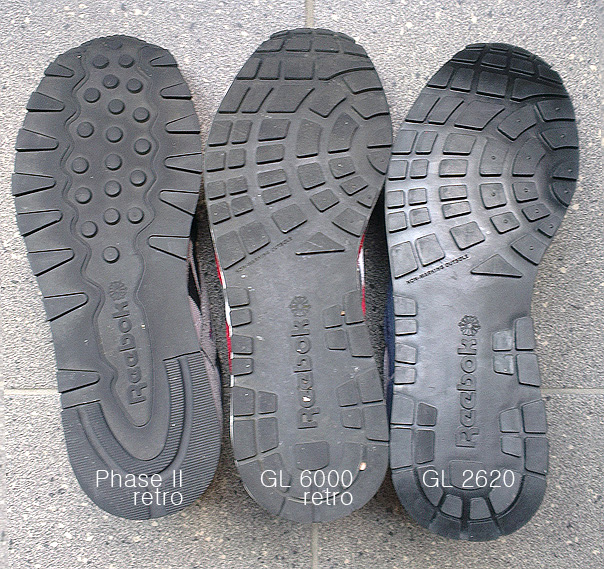 Reebok Classics kindly sent me 2 colourways of the 2620, and very interestingly the Black pair cost Reebok (US)$0.60 more to manufacture (Reebok includes this info in their packing slips). This is especially surprising given the Navy/Silver pair includes the GL 2620 stitching on the heel counter. 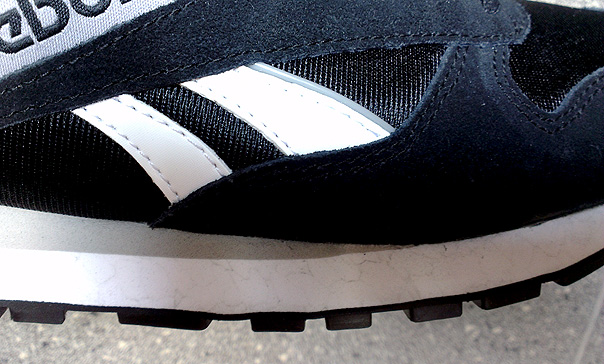 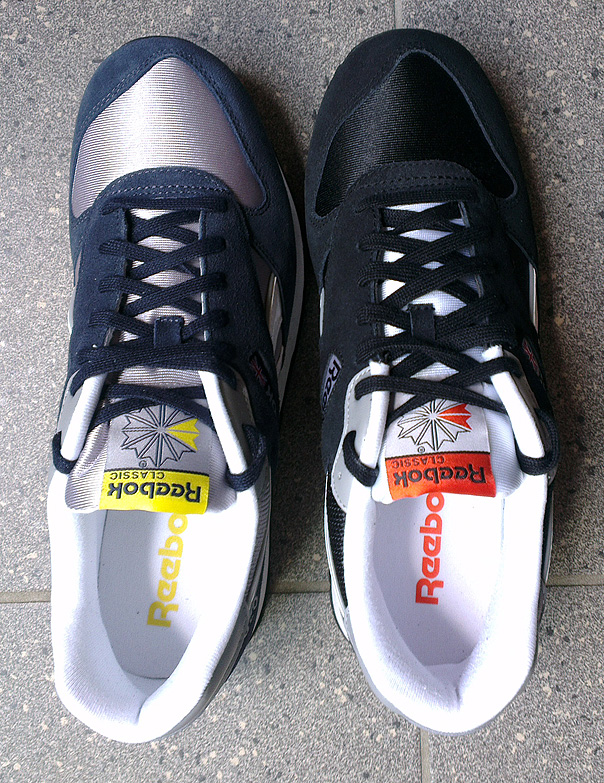 Here’s a final photo, which adds a further bit of mystery to the difference between these 2 colourways ; the Navy/Silver pair came in a funky new ‘Reebok Classic’ box, which I’m really liking! 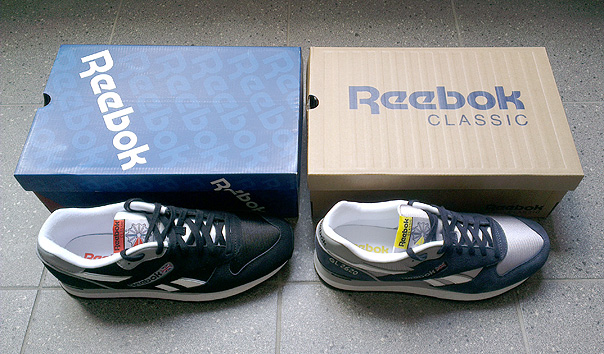 To address the third issue from the start of this post, as far as quality is concerned the 2620 is without doubt a budget version of the GL 6000. Amazingly, it’s not at all obvious when wearing, particularly compared with the ERS 1500 which had a flimsier feel, lacked padding and support (I’ve been a bit tough on this shoe, sorry Reebok).

However, the GL 2620 retains *all* of the GL 6000‘s fit and stability, yet at a lower price point – a significant US $25 no less. Wearing them for a 1 hour walk last night, they felt instantly at home, identical to the GL 6000 and hugely reliable for day-to-day use. They certainly deserve a place in your collection.

With thanks to Jordan and Angela at Reebok.