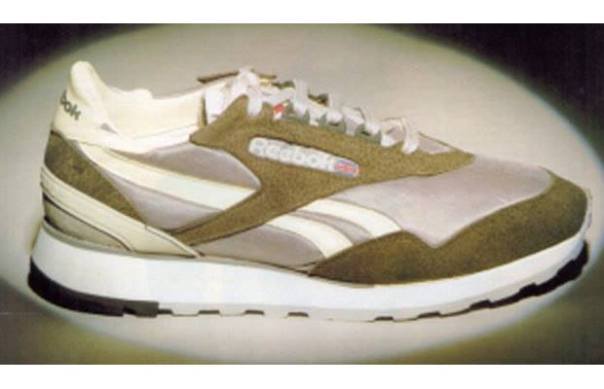 Some more fascinating insights into the making of 80’s Reebok runners from David Foster.

David is the 8th generation of the Foster family involved in shoemaking — his Father Joe and Uncle Jeff started Reebok from the ashes of the J.W. Fosters company in 1958. David himself was directly involved in the design and manufacture of some of Reeboks’ most succesful shoes in the 1980’s.

The early ’80’s at Reebok were a great time, a small group of us that created some magnificent shoes. One of which was the Victory G and its’ MkII the GTI, it was the first shoe we designed and made in the UK with components, we sourced directly from our factories in Korea. Many thanks to Retrobok and no sugar for the pictures.

The all new (in 1983) Victory GTi, standing for Gore-Tex Inner, or Interlining, was a big step forward from the earlier G model.

Charcoal Pig suede (which had earlier that year graced the GL1600) was trimmed with a Poly-pag knitted nylon, and made the upper more breathable over the previous woven upper of the G, plus added that ’80’s bling. The split-heel counter featured a polyurethane ‘Foster Cradle’ which was proudly written in large raised letters across the back. Full length nylon speed lacing was cut short to three loops (mainly by myself which tin snips).

The big difference though was the sole, which came ready assembled from Korea and featured a soft grey coloured heel piece against the upper, white EVA midsole, with an insert ‘Y’ piece of hard EVA to combat pronation and roll.

This was shod with a grey blown rubber outsole from the GL1600 and a carbon rubber heel piece featuring the words ‘VICTORY GTi’.

Interesting Trivia — The Adidas New York trainer was inspiration for the the colour of the Victory GTi. I still love the charcoal and cream colour. 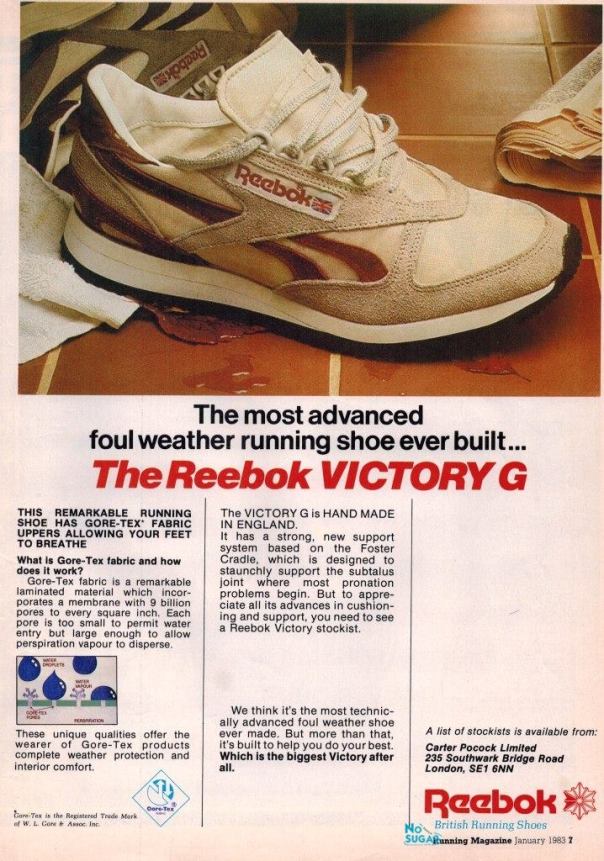 Victory G was the first shoe to feature Gore-Tex and was designed by Joe Foster (my Dad) in 1980.

It featured many Reebok firsts: the forefoot anti-roll bar on upper, a notched heel tab and the famous ‘Foster cradle’ which was nothing more than a piece of stitched-on velour burgundy fabric.

A great technical sheet from the day, raving on about the ‘Foster Cradle’.

I’m not sure the thin bit of fabric actually did all those things and we had to wait for the ’83 PU version for stability.

The Invincible was a non Gore-Tex version of Victory G (1982) in period (Ron) Burgundy and Silver, it was a great shoe but dying the speed lacing from grey to match the upper meant yours truly (David Foster) spending an hour with a vat of boiling Dylon and a couple of thousand speed laces. that stuff takes weeks to get off your hands!

Vibrams’ Mandorlo pattern in Morflex compound shod the Victory G and Invincible models (giving a) great cushioned ride on Road and Trail, and impressive for wear!

Victory XL was the American answer to the Nike Internationalist (new retro of that shoe shown above for comparison —BokOne) featuring a large mesh toe for improved ventilation. The mesh toe panel even made into the first Phase One tennis shoes. 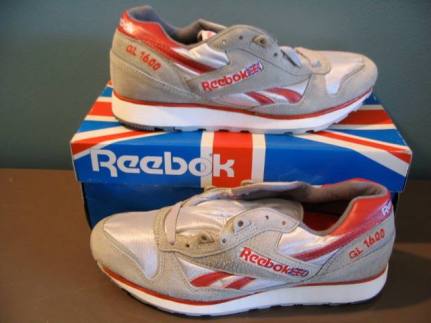 The GL1600 (above is a late-period shoe); the first was the same colour but cut like the Sydney Maree, gave its’ sole and with an upgraded J-shaped stability piece (GTi had a Y-shaped piece) from the GTi.

The Sydney Maree trainer, a recoloured GL1600 shows the same period design DNA of the Victory GTi including the cut off speed lacing, one piece combined facing and arrow, poly-pag Nylon upper trimmed with pig suede.

Still at it! The Reebok Premier Flex GORE-TEX VI Trail Running Shoes boasts a range of features which makes it a superb choice for terrain running. With it’s GORE-TEX upper, your feet are sure to stay comfortable and dry, whatever the weather.
Huge thanks again to David for his memories, and the permission to share this on Retrobok. —BokOne